“Lu has never flinched from covering the most difficult and significant topics in his country concerning health, social issues and the environment,” says National Geographic’s Director of Photography Sarah Leen.

It’s difficult to be optimistic about any journalist being held in China. “Convictions on spurious charges with flimsy evidence and then prison sentences, sometimes long, sometimes short, are the norm,” he says. “What happens to Lu ultimately will be a political decision, likely taken by local authorities” said Steven Butler, from Asia program coordinator for the Committee to Protect Journalists (CPJ)
Whole article here.

According The New York Time: Ms. Xu (his wife Xu Xiaoli) said in an earlier interview that she did not think her husband had any plans to try to photograph sensitive topics in Xinjiang. The police there are vigilant against any attempts by visitors to approach camps where hundreds of thousands of Uighurs, Kazakhs and members of other Muslim minorities have been detained for indoctrination programs intended to sever their commitment to Islam and nurture loyalty to the Communist Party.

Diane Smyth wrote:
Lu Guang has been missing since early November but, his wife Xu Xiaoli has apparently confirmed, the police called his family this week to confirm he was arrested in Kashgar – an ancient city in southern Xinjiang that has seen a government crackdown on Uighurs and other Muslim minorities.

“I don’t think he ever mentioned that,” Xu reportedly said. “He was always working on the environment and pollution.”

Mr. Lu, 57, started off as an amateur photographer while working in a factory, and is well-known in China and abroad for his searing, but often carefully composed, pictures of hard-bitten lives in rural and industrial areas. He has won international prizes for his work, which has included images of people dying of H.I.V. in the Chinese countryside, life in polluted mining towns, and waterways blighted with waste.

His work on the Aids villages won First Prize in the Contemporary Issues category in the 2004 World Press Photo contest. His picture story on drug addicts in southern Yunnan was exhibited at Visa pour l’Image that same year. In 2005, he became the first photographer from China to be invited by the US Department of State as a visiting scholar. In 2008, Lu Guang won the Henri Nannan Prize in Photography in Germany; in 2009 he was a recipient of the W. Eugene Smith Memorial Fund, and in 2010 he won a National Geographic Photography Grant. 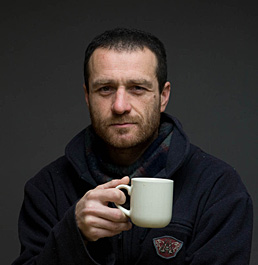